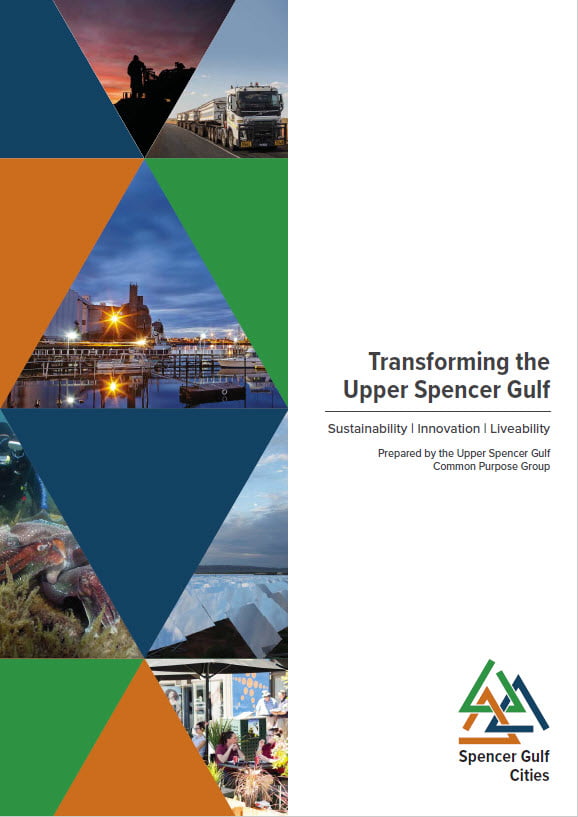 With less than six weeks until the state election, the priorities for the Upper Spencer Gulf cities were unveiled today.

Leaders from the Port Pirie, Port Augusta and Whyalla Councils came together to launch the ‘Transforming the Upper Spencer Gulf’ report, which identifies 30 strategic initiatives to help pave the way for transition of the region’s economy and communities.”

Port Pirie Deputy Mayor Leon Stephens said the opportunities for the three cities are huge, with many starting to gain traction.

“As the future of our three Upper Spencer Gulf Cities gains more certainty, we can’t afford to be complacent. We must continue to actively promote the region’s potential to grow and diversify across a range of sectors.”

“Our priorities focus on transformation of the Upper Spencer Gulf to cleaner, more innovative, liveable and economically diverse regional cities.”

Mr Stephens explained that whilst securing the future of the smelter, steelworks and a new solar thermal powerstation are major boosts for the region, all three cities need to look at other opportunities that will leverage further investment and economic growth.

Whyalla Council representative, Deputy Mayor Jenny Barnes agrees, adding that to secure the future of the whole region, the three cities must keep working together. “For example, we know the three cities all have potential to grow in areas such as renewable energy, defence industries; event and marine tourism. We need to keep working together to make sure we generate more benefit across our whole region than we ever could by working on our own or by competing against each other”.

“We need to improve access to higher education and training in our region to support these emerging sectors and make sure we have the strategic infrastructure to secure our role as a transport intermodal hub, including expanding existing, under-utilised port facilities in Port Pirie and Whyalla and an alternative national highway crossing of the gulf at Port Augusta.”

“Ultimately this is about strengthening the role of Pt Pirie, Whyalla and Pt Augusta as regional centres, improving business and community confidence and making sure our three cities are places people want to come and live, work and visit”, concludes Mr Stephens.

“Ahead of the 2018 South Australian election, we are now seeking the support and commitment of all parties and local candidates to help us achieve these goals.”